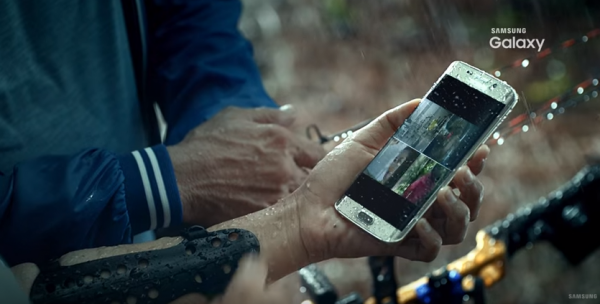 After months of leaks, gossip and speculation, Samsung has finally revealed the Galaxy S7 and Galaxy S7 Edge smartphones. Both run Android and are similar in design to the Galaxy S6 and S6 Edge from a year ago.

The handsets were revealed at the company’s Unpacked event in Barcelona, in front of hundreds of journalists and just hours after Korean rival LG announced its own flagship smartphone, the G5. Both reveals come on the eve of Mobile World Congress, the annual technology trade show which takes place in Barcelona.

Samsung has given the Galaxy S7 the same 5.1in Quad HD screen as its S6 predecessor. It has a resolution of 2560 x 1440 and a pixel density of 576 per inch. But, where the S6 and S6 Edge were the same size, the S7 Edge has a larger 5.5in display. The resolution is the same as the regular S7, however, and the screen curves on the left and right edges, just as it did on the S6 Edge.

Although looking very similar to the S6, Samsung says for the S7 it “not just refined, but re-imagined” the handset. The pair of phones “have taken an even bigger step forward,” the company said. 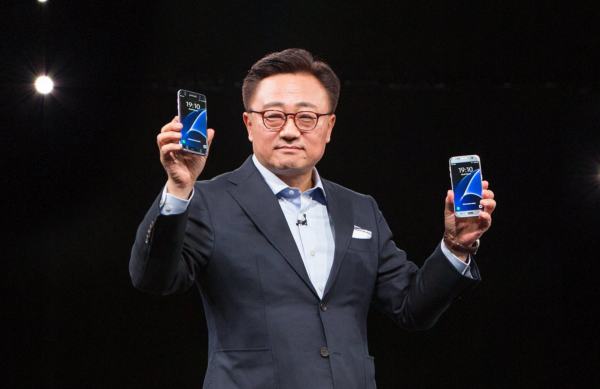 The curved sides of the Galaxy S7 has been improved upon from its predecessor. The edge is larger than before and users can now add custom shortcuts to it.

Another new feature is an always-on display, where the time, date, calendar and unread notifications are always displayed on the screen, even if the phone is locked. Samsung says the phone knows when it is face down, or in a pocket, and will only display this information when it can be seen.

Samsung will sell both the S7 and S7 Edge in black, silver, gold and white. The rear camera has a 12-megapixel sensor, which is down on the 16MP Galaxy S6, but the pixels are larger and used more efficiently to create better quality pictures.

Improved camera can take better low-light photographs. The aperture of F1.7 is the largest of any of Samsung’s smartphone cameras; this lets in more light, prompting the company to install larger pixels capable of absorbing more light than before. The pixels are 30% larger than those on the iPhone 6S Plus.

Samsung has also integrated a technology called ‘dual pixel’ which is said to work in the same way our eyes do, helping it to focus more quickly than an iPhone 6S Plus. The company claims just 5% of an iPhone’s pixels are used to focus on an object, compared to 100% on the Galaxy S7.

To help take even more professional photos, Samsung will sell a wide angle lens which attaches to the back of the Galaxy S7. Sadly, Samsung did not say how much this lens will cost. Samsung says the Galaxy S7 is up to 60% more powerful than the S6, and to keep call it uses a new cooling system described as “air conditioning for your phone”. Battery life being the problem it is for smartphones, Samsung claims to have “broken new ground” by upping the S6’s capacity of 3,000mAh to 3,600 in the S7.

Both news phones run Android 6.0 Marshmallow, both have 4GB of RAM, and both have a similar glass and aluminium design to the models they will soon replace on shop shelves. New for the S7 duo is IP68 waterproofing and a microSD card slot, meaning their storage can be easily and cheaply expanded. IP68 waterproofing means the phones can survive for 30 minutes in up to 1.5 metres of clean water.

Samsung has opted against fitting USB Type-C to the Galaxy S7 pair, instead sticking with microUSB.

The Galaxy S7 and S7 Edge will go on sale on 11 March, with pre-orders starting “in a matter of days”. In some countries, including “the US and Europe,” Samsung will give away a free Gear VR headset with every S7 pre-ordered.

How To Flash Android 13 On Your Google Pixel Smartphone

Lenovo A6000 Plus stock firmware