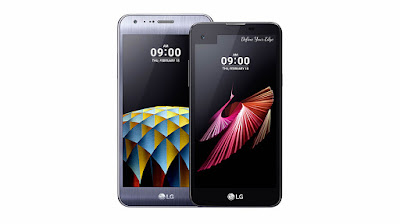 According to Droid-Life, LG recently announced a new “X series” line of phones that offers an affordable smartphone package with a single “exceptional” feature. The thought is that someone may not have a big budget, but they might want a great camera or great display experience. The X series and its two first phones, the X Cam and X Screen, aim to do that.
With the X Cam, you are getting a phone with mid-range specs, yet it has a dual-camera experience on the back. The cameras are 13MP and 5MP shooters, which combine to make what LG is calling the “most advanced camera experience in a mass-tier smartphone.” The phone also sports a 5.2-inch FHD display, 2GB RAM, octa-core processor, front 8MP camera, 2520mAh battery, 16GB internal storage, and Android 6.0 Marshmallow. Not bad, right?
With the X Screen, you are getting a phone with similarly mid-range specs, but you also get a secondary always-on screen, just like we saw with the LG V10. The phone’s main display weighs in at 4.93-inches and is HD (720p), plus it has a 13MP rear camera, 8MP front camera, quad-core processor, 2GB RAM, 16GB storage, and Android 6.0 Marshmallow.
The X series will arrive in Asia, Europe and Latin America within the next month.
Android
Share. Facebook Twitter Pinterest LinkedIn Reddit Telegram WhatsApp
Previous ArticleInstalling TWRP 3.0.x on Sony Xperia S LT26i (nozomi)
Next Article Cyanogenmod 13.0 Preview Build for Moto MAXX XT1225, Droid Turbo XT1254